The broad topic of this project was exploring the different facets of “evil” in the context of Second World War studies. The student first studied the phenomenon of Japanese kamikaze soldiers and subsequently wrote diary entries from one such soldier’s point of view. For the second half of his project, he studied the Jewish Holocaust. In particular, he explored Elie Wiesel’s memoir Night and has subsequently written an editorial about the complications of "forgiveness" following the Holocaust. 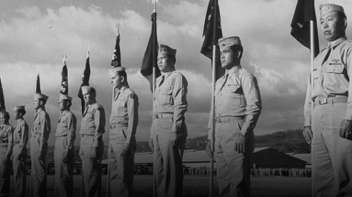 The student produced two pieces of creative writing – a diary entry from the point of view of a kamikaze soldier as well as an editorial exploring the complications of the notion of “forgiveness” within the historical context of the Holocaust.

"The experience was unbelievable — being able to learn so much about World War 2 in such a short time was amazing. My mentor was the reason I enjoyed the program. My mentor was very enthusiastic and the passages and documents she sends me are very interesting and informative. My mentor's dedication and ability to prepare and contribute so much to my project shows how great the mentors at Polygence are! I highly encourage students to join this program."

"Ellis made such a complicated topic easy, fun and condensed for Dylan to learn in such a short period of time. She pushed Dylan to learn to think analytically and creatively through this project. Dylan was also fully engaged during the entire process because of the abundance, varied and interesting primary resources that was made available to him which he would not have been able to access on his own. Ellis is also a wonderful teacher, full of enthusiasm and patience!"