Review paper on Polygyny and the Success of the Argentine Ant

Invasive ant species are a huge problem, causing billions of dollars in expenses each year and displacing native population around the world. A principal aspect of the success of these ant species is their ability to form supercolonies, which are large populations of a single ant species that function as a single colony. These supercolonies are extremely prolific and enduring, and they thrive under relaxed ecological constraints in their invaded ranges taking over huge swaths of land. Jacob wrote a review paper examining the latest research on unicoloniality, the ability to form supercolonies, in these invasive species, using the Argentine ant as a model organism for his inquiry. His review paper further explores future avenues of research with supercolonies with the goal of containing and deterring the threats of invasive ants. 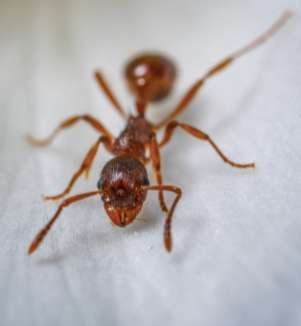 Jacob is currently in the process of submitting his review paper.

Jacob is a 17 year-old student from Palo Alto, CA.

My time with Polygence was extremely fruitful, and it was really inspiring to explore my interests with a mentor who is just as passionate as I am. The most valuable part of my Polygence experience was learning to effectively communicate my enthusiasm into scientific research.