In this project the student studied some of his favorite Ancient Greek plays and Shakespearean plays, including Oedipus Rex, The Oresteia, as well as King Lear. Through his studies of the literary genre of drama and theater, this student was inspired to write and produce his own plays. Throughout his Polygence program, he wrote and workshopped The Diner, which was inspired in part by Edward Hopper paintings, such as Nighthawks. 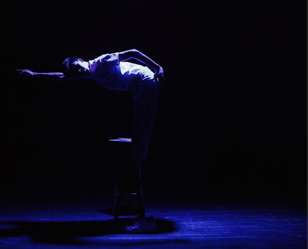 The student took inspiration from his studies of Oedipus Rex and The Oresteia in his own play The Diner. He subsequently directed, staged, and performed his own play at his school’s Fringe Festival. This festival is completely dedicated to student-written plays and films. Each year, only around four plays are chosen for performance.

"I had used my plays as writing supplements in my application to Princeton, where I was accepted – a huge thank you to my mentor Liz! She made the pieces much stronger than they were. She also saw the potential in them, which was really great because sometimes there's a lot of self-doubt involved in the creative process. That positive feedback always meant a lot to me, that she saw the potential in my pieces, and that she was willing to work through them with me."

“I would like [my students] to think carefully about why an idea is best expressed through in one way over another, what the value in different types of writing might be, and how the effect might change if we, say, create a play from an idea rather than a poem.”

Read the blog post about the student's mentorship experience